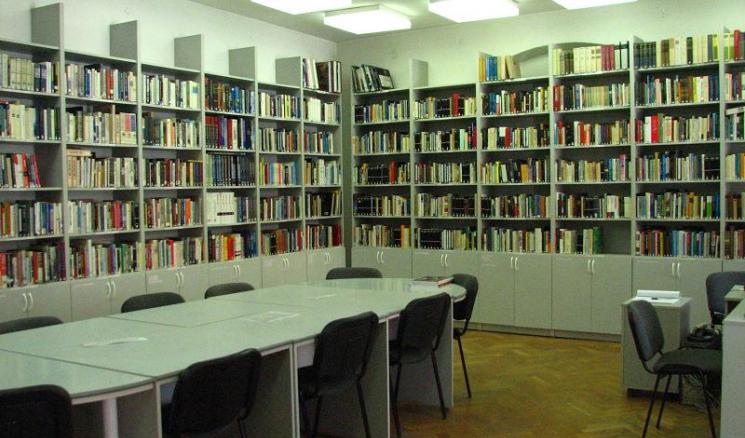 Today, the library functions together with the Department of American Studies of the Faculty of European Studies and it is open to all categories of users of the Central University Library.

The library has a central location, between the Babeş-Bolyai University building and the National Theatre, within the same building as the French Cultural Centre and the University Museum.

The two reading rooms have 18 seats, the publications are organised by fields, in a free access to the shelves system.

For more information of American Studies at the Babeş-Bolyai University, access: http://www.euro.ubbcluj.ro/americanstudies/.

The Library of American Studies holds 7.257 books – including dictionaries, encyclopaedias, numerous literature anthologies, art albums – and 318 periodicals in the field of humanities.

The library has an impressive collection of 52 volumes of “The Harvard Classics”, edited by the eminent professor Charles W. Eliot who, for 40 years, was the president of Harvard University. Published between 1909-1930, the collection contains the masterpieces of culture and of world science that are now part of the heritage of humanity. History, ancient and modern philosophy, religion, education and science, biography and journeys, political science, literature and art criticism – the evolution of all of these fields is presented through the famous texts of the most illustrious figures.

American culture is excellently presented in the well-known collection “The Library of America”, published by the Literary Classics of the United States publishing house, and it includes the works of the most important American historical figures: Benjamin Franklin, Ulysses S. Grant, Abraham Lincoln, Thomas Jefferson, John Adams or Thomas Paine -, together with the literary works of authors such as: R.W. Emerson, Henry James, Washington Irving, Theodore Dreiser, Eugene O'Neill, Edith Wharton, W.E.B. Du Bois, William Faulkner and others.

The local database “General collection” uses ProCite and it contains over 5351 bibliographic records, including keywords, for a more detailed thematic search. The library also has a traditional alphabetic catalogue.

Upon request from the users, the librarian can carry out the searches in the Central University Library’s online catalogue. Over 1600 publications of the Library of American Studies are included in this catalogue.