The Library of Philosophy 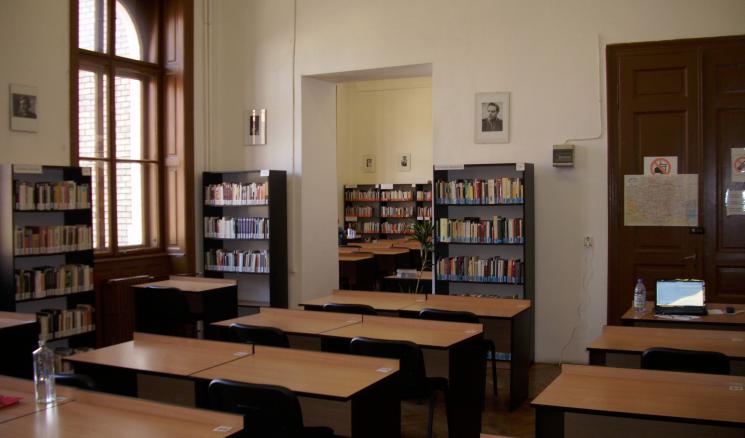 Established in 1950, the library functioned on the first floor of the Babeş-Bolyai University building on Kogălniceanu Street no. 1 until 2009. After the library was relocated to the ground floor, it also suffered a transformation, becoming an open library with free access to the shelves; consulting the publications became more attractive and friendly for the users, and the information became more accessible.

The two reading rooms are accessible through the public relations room at the entrance of the library, where the following are also located: the on-duty librarian’s desk, the files containing the systematic and alphabetic catalogues, the coat check and the access to the fourth room of the library, namely the repository that contains the special publications that either have low circulations or they are very valuable and the librarians’ work desks.