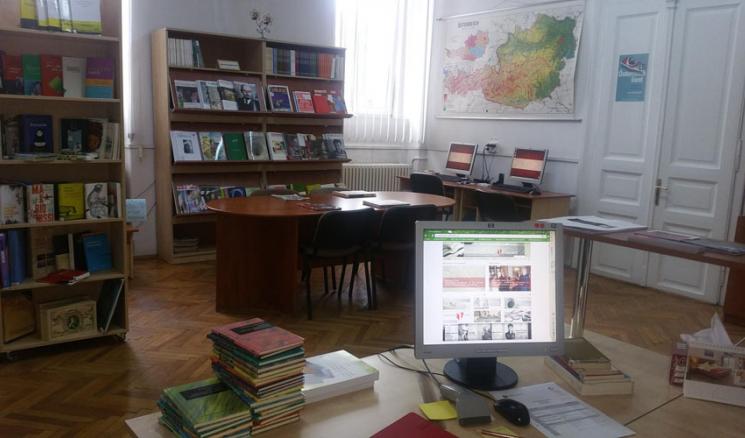 The Bernhard Stillfried Austria Library of Cluj-Napoca came into being on 4 March 2003, as a result of the partnership with The Babeş-Bolyai University, under the patronage of Upper Austria; it is thus the fiftieth library of over 20 countries. The library is organisationally affiliated with The Babeş-Bolyai University and it is also in partnership with the Lucian Blaga Central University Library of Cluj-Napoca and in relations of cooperation and collaboration with the universities from Vienna and Graz, The Austrian Institute for Eastern and South-eastern Europe, the Department of Cultural Politics of the Ministry in Austria and with the Culture Forum of the Austrian Embassy from Bucharest.

The Austrian libraries aim to facilitate the access of a wider public to the Austrian literature and to the information regarding the past and present of Austria in Europe. Therefore, the majority of the Austrian libraries also function as “Culture and information centres” by organising cultural events (public readings and conferences, musical evenings and movie projections, exhibitions, book launches, guided tours etc), open to all those interested in Austrian culture. Last but not least, the Austria Library of Cluj-Napoca also represents an important source of information for the partner Austrian lecturers.

The library has three reading rooms with free access to the shelves, a closed book repository and a room dedicated to the partner Austrian lecturers for research. In order to facilitate the access to the publications, in 2015 five mobile bookshelves that hold the current documents and exhibitions. The library also owns audio-visual equipment dedicated to a wide range of activities, such as: high performance Desktop PCs, a video projector and a video projector panel used during cultural events like conferences, symposiums etc., reading room furniture etc.