The Library of Letters 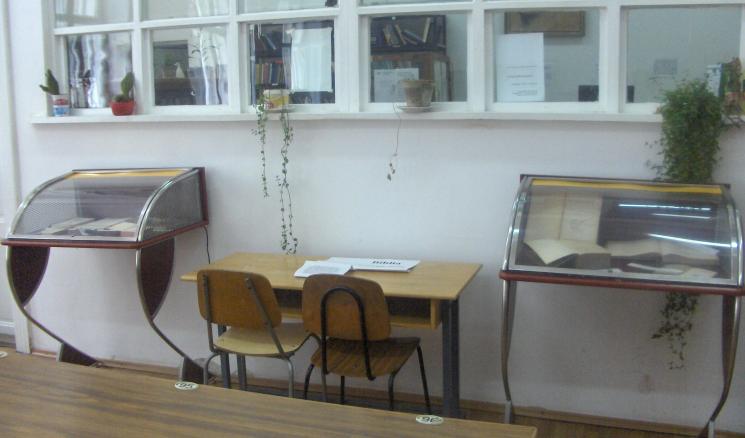 Access for Loans and Returns is only made between 9-12, at the Loan Section, located in the courtyard by the street, to the right of the gate, down the stairs.

The other sections of the library can only be contacted remotely by:

For securities requested from funds other than the loan, a reservation is made the day before, so that they can also be prepared and picked up from the Loan Section counter.

In order to be able to securely access documents from the Letter Library funds, please follow the following rules:

The Department of Romance and Classical Languages

The Department of Germanic, Slavic and Oriental Languages

The Library of the Faculty of Letters was founded in 1949 by merging 8 libraries that had been part of the faculty departments and seminars. The majority of the publications (out of a total of 37950 volumes) represented donations made by professors Gh. Bogdan - Duica, N. Drăgan, Ion Breazu, Sextil Puşcariu, St. Bezdechi, N. Bogrea.

In 1959, when the Babeş University merged with the Bolyai University, the library was greatly impacted. The philological collections were divided from the adjoined departments in 1954 (history and pedagogy) and they were moved to the building on Horea Street no. 31, where they can still be found today. The 7 departments are spread across 4 floors:

After 1990, a new stage began which proved to be beneficial in the evolution of the faculty library. The number of readers and the number of volumes increased as a result of the establishment of a new department. The collection of publications was enriched though exchange and though numerous donations from across Romania and from abroad.